5 crazy examples of Instagram photo theft by celebrities and companies. And what to do if you’re the victim of Instagram image theft.
Alice Donovan Rouse / @alicekat / Unsplash
December 12, 2019 By SnapSentry

It happens all the time. People love to snag Instagram photos and repost them as their own. The sad part is that the public has rebranded image theft into “sharing.”

Remember back in the day when folks would make a mix CD for a friend with songs downloaded from a pirating site. Just like music, Instagram photo theft has become acceptable behavior because lots of people do it. I guess the answer to the age-old question for far too many, is “Yes, Mom if everyone else jumps off the cliff, I will too.”

It’s not just the average user. Celebrities and companies are engaging in image theivery even though they should know better about copyright law and infringement. Here are five crazy but all too common examples of Instagram photo theft.

1.Did Drake Take Your Photos by Mistake? 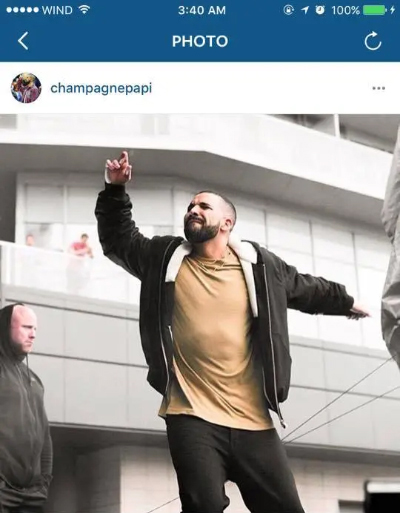 Catch the rhyme? Jake Kivanc was at a surprise Drake and Future concert at his home school, Ryerson University in Toronto. He’s a hip-hop addict and was infatuated with the ambience. Adrenaline pumping in one hand and a free camera in the other, he couldn’t believe his chance to shoot one of his favorite artists.

Drake did a 20-minute set just enough time to give the crowd a few hits. Jake got six shots of the rapper doing his thing and posted them to Instagram. Later that night, Jake gets a message from his friend. “Bro, bro, bro… Drake just posted your stuff.” Late night turns to early morning. Jake’s not to bed at 3:40 AM, and there’s still no tag from the rapper.

Knowing 22 million pairs of eyeballs may have seen your picture was a mixed blessing. Jake’s photo got plenty exposure, but he could never get his message to Drake for a paycheck (which he didn’t expect) or even a proper nod.

2.When Bow Wow Steals Your Cash 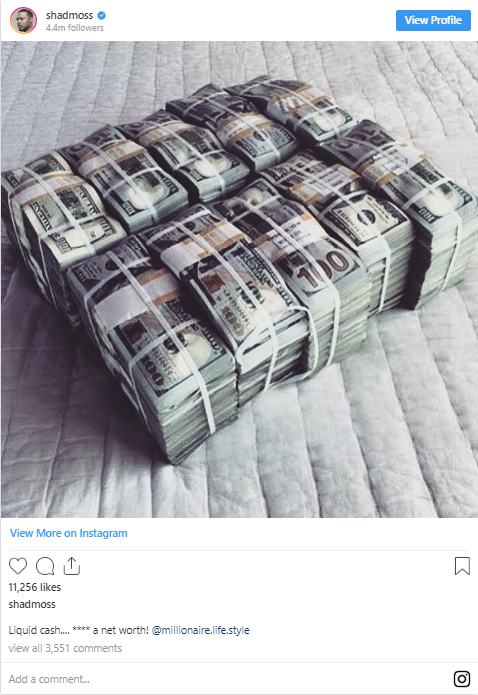 What is it about rappers and showing off stacks of green?

Timothy Sykes, a photographer who stylishly shot bricks of cash might have a little more insight than the rest of us. Bow Wow, also known as Shad Moss, reposted the photographer’s images on Instagram with no tag to Timothy. It was a lame attempt to brag about cash. I’m sure the rapper has some greenbacks, so why not pony up the moola for Timothy’s work? 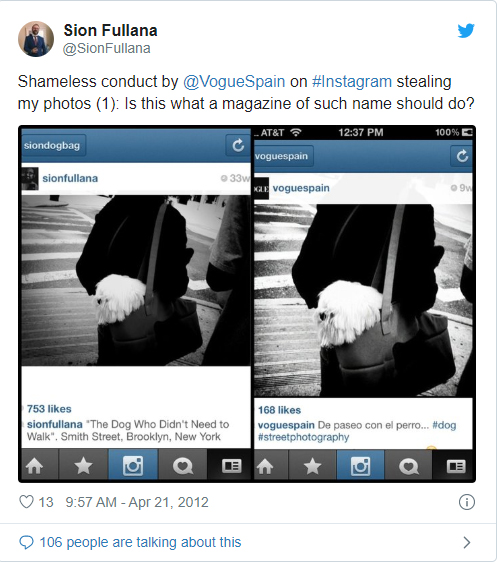 Sion Fullana caught Vogue Spain stealing not one but two of his photos. After the Spanish street photographer and New York resident blasted the magazine on Twitter, Vogue at least did the right thing. The magazine publicly apologized and paid Fullana for copyright infringement and image usage.

4. Mango Clothing Enjoying the Fruits of Others Labor 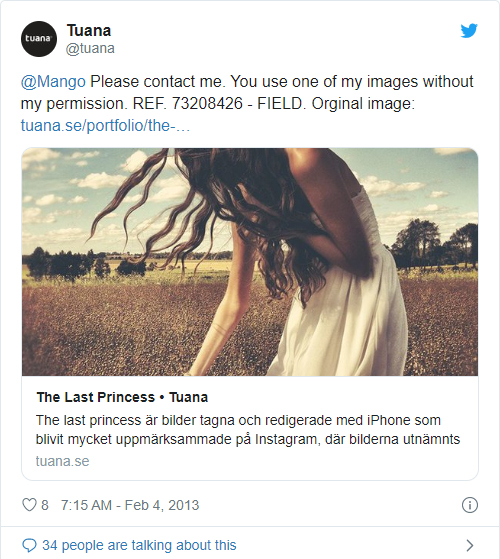 Swedish photographer Tuana Aziz was shocked to find a photo he posted back in 2011 was turned into a screen-printed T-shirt sold in the Mango Clothing retail store. The shirt was selling for £8.99. Once he made his complaint, the company stopped peddling the shirt but didn’t compensate the photographer. 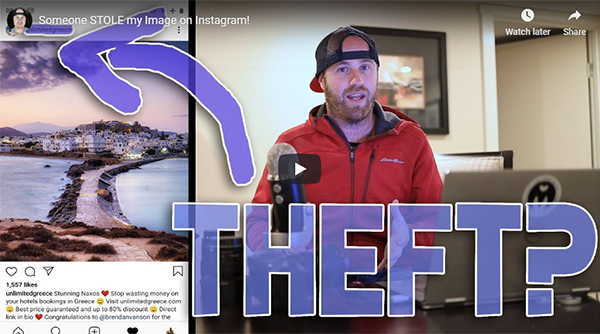 Unlimited Greece, a travel service, threw a commercial elbow to the gut of professional photographer Brendan Van Son. Instead of paying him for his work, they just outright used it in an Instagram ad. Then they shamelessly praised him for his photo as if he had entered a contest to have his work stolen. Brendan said, “Don’t congratulate me-pay me!” You can watch the video of him explaining the situation and what he did to fix it.

What Should You Do When Your Instagram Photos Are Stolen?

When the next rapper, magazine, clothing line, travel agency, or even casual Instagrammer steals your work, you’ll be protected. In all these cases, a simple watermark would’ve been a first step in avoiding hassle. And it would have promoted the photographer’s brand and business at the same time.